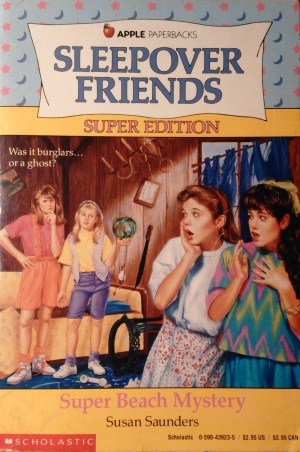 Not too long ago, it was a Friday night, my three best friends — Lauren Hunter, Kate Beekman, and Patti Jenkins — and I were planning on having our regular Friday night sleepover.

But before the evening was over, we knew that it was going to be anything but regular! I mean, how often do we get invited to spend our spring vacation in Florida, investigating a mystery?

Welcome to the end of #MysteryMay! It seems like the late 80s and early 90s were just chock-full of long-running book series about trios or quartets of girls getting into all kinds of adventures. However, I generally missed most of them, only catching a piece of a series there, a single Super Edition here. Super Beach Mystery is the only book of the Sleepover Friends series that I ever read, which I got either during the Scholastic Book Fair in second grade, or as some kind of prize for reading. (The little bookplate on the inside just says, “The House That Readers Build – March 1996 CONGRATULATIONS!)” While I enjoyed the read, I never felt any impetus to look for the rest of them. Possibly because they are written in first person with a different member of the group narrating each book, and my highly discerning 8-year-old tastes simply could not abide switching narrators. This particular book was written from the POV of the character Stephanie Green, so all of the books should be in that POV!

The Sleepover Friends are invited to Florida by Patti’s aunt and uncle. Aunt Tara has just inherited a cabin by the beach and the girls are eager for the chance to exchange a cold northern spring for southern sunshine and warm water. But there when they arrive, nothing is as they expected. Most of the locals are afraid of going near the house. Furniture has disappeared, eerie lights glow out in the forest, and shadowy figures are lurking nearby. Is the work of flesh-and-blood burglers… or a ghost? It’s up to the Sleepover Friends to solve the mystery!

Oddly enough, what stuck with me the most from Super Beach Mystery was not the mystery itself but all of the ancillary things I learned from it. Thanks to this book, I learned how to tell a coral snake (venomous) from a king snake (nonvenomous), that the water in Florida is warm even in the winter, what manatees were, that I had no idea how to pronounce the name “Stephanie,” and developed an ingrained fear of losing my luggage. The characters themselves are not especially memorable, even the POV character, Stephanie. While we shared some superficial characteristics, like having curly brown hair and liking to draw, she was far more fashion conscious than I and not as interested in the outdoors as I was at the time. None of the girls are annoying, just not very memorable. Super Beach Mystery was fun to revisit for the sake of nostalgia, but belongs, I think, more to 8-year-old me than to adult me. 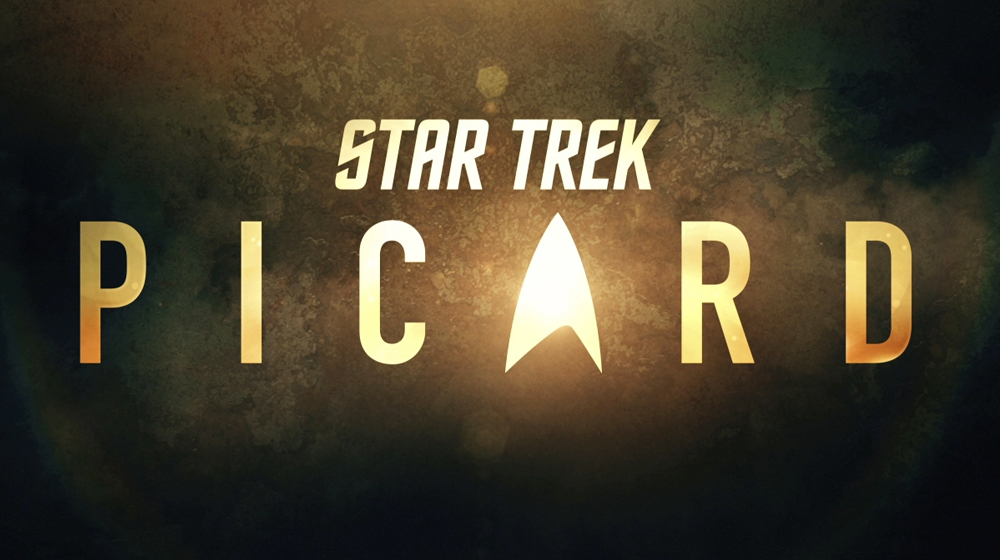