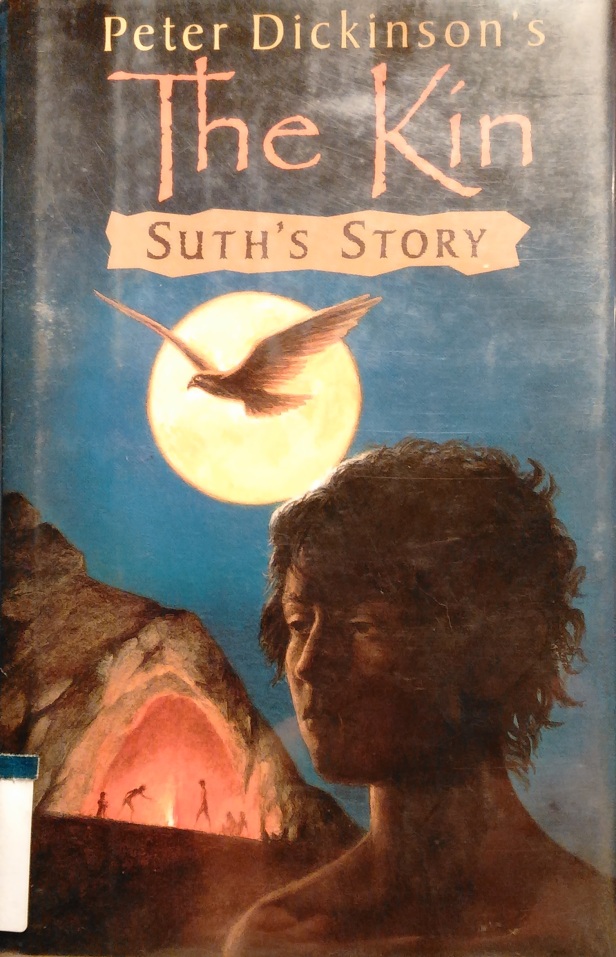 Fingers pressed Suth’s cheek, in the corner by the jawbone. He woke. A mouth breathed in his ear.

Carefully, as if merely turning over in his sleep, he rolled himself away from the rest of the Kin, who slept in a huddle for warmth from the desert night. Suth was a child, and now had no father or mother, so his place was on the outside of the huddle. So was Noli’s, for the same reason.

Long before I ever read Clan of the Cave Bear or Valley of the Horses, I read Peter Dickinson’s The Kin, a quartet of stories about a group of orphans living 200,000 years ago in the early dawn of human kind. Suth is the leader, the boy who must become a man before his time to protect his tiny band of fellow abandoned children from the dangers around them. Noli is the seer, the one who receives visions and warnings from their guardian animal, Moonhawk. Tinu, a girl often ignored because her twisted jaw makes it hard to speak, and yet crafts new tools and inventions. Po is young and bold and emulates Suth while Mana is the quiet, watchful motherly one. Otan, Noli’s brother, is still a baby. The tale of their struggle to survive in the desert and rejoin their people is interspersed with legends early humans may have created to explain their origins and the world around them.

For the longest time I only had access to the first two books, Suth’s Story and Noli’s Story. I only vaguely remember the latter two, Po’s Story and Mana’s Story, but I don’t remember liking those quite as much, perhaps because Suth and Noli are very compelling as characters. Suth’s and Noli’s books really cemented my love of anthropological stories. The style of writing that is both simple and evocative, which gives it a feeling of being both authentic and legendary at the same time.

This is not meant to be taken as an accurate historical and scientific representation of how early humans may have thought, lived, and interacted with the world and each other. There is a distinct paranormal or mystical element to The Kin, especially with Noli’s visions. It is a portrait painted with artistic license meant to entertain more than inform. Still, I really enjoyed the first two books when I was young, and I still liked it as an adult. If you get the chance, check out Suth’s Story and Noli’s Story at the very least, although I think now you can read the entire series in one omnibus simply called The Kin.